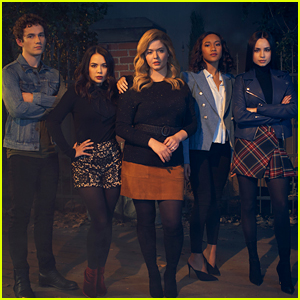 Listen the songs from the show:

[expand title=”About the Show”]Four estranged best friends are reunited one year after the queen bee of the group, Alison, goes missing. When they begin to receive disturbing messages from someone named ?A?, how far will they go to bury their secrets? ABC Family’s Pretty Little Liars is a relationship drama filled with fun, mystery, intrigue, and secrets. Don?t miss even one episode of this exciting new series! [/expand]

Pretty Little Liars Soundtrack Season 6 – Songs List – Tracklist – Listen to the playlist of all of the songs played in the tv show, who sings them, including end credits and scene descriptions.