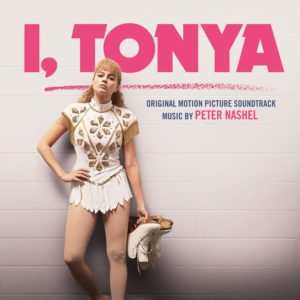 Listen the Music / Songs from the movie:


About the film: Based on the unbelievable, but true events, I, TONYA is a darkly comedic tale of American figure skater, Tonya Harding, and one of the most sensational scandals in sports history. Though Harding was the first American woman to complete a triple axel in competition, her legacy was forever defined by her association with an infamous, ill-conceived, and even more poorly executed attack on fellow Olympic competitor Nancy Kerrigan. Featuring an iconic turn by Margot Robbie as the fiery Harding, a mustachioed Sebastian Stan as her impetuous ex-husband Jeff Gillooly, a tour-de-force performance from Allison Janney as her acid-tongued mother, LaVona Golden, and an original screenplay by Steven Rogers, Craig Gillespie’s I, TONYA is an absurd, irreverent, and piercing portrayal of Harding’s life and career in all of its unchecked–and checkered–glory.
Cast: Margot Robbie as Tonya Harding, Mckenna Grace as young Tonya Harding, Maizie Smith as Tonya Harding (age 4), Sebastian Stan as Jeff Gillooly, Harding’s lover and friend, later husband, Allison Janney as LaVona Fay Golden, Harding’s mother, Julianne Nicholson as Diane Rawlinson, Harding’s skating coach, Caitlin Carver as Nancy Kerrigan, a skating rival and Olympic teammate of Harding, and the victim of the 1994 attack, Bojana Novakovic as Dody Teachman, another of Harding’s coaches, Paul Walter Hauser as Shawn Eckhardt, a bodyguard and friend of Gillooly, Bobby Cannavale as Martin Maddox, a Hard Copy producer
IMDb

I, Tonya Soundtrack Songlist Movie – Tracklist – OST List – Listen to original score and full songs, Theme Music, film score list, the playlist of all of the songs played in the movie, who sings them, including end credits and scene descriptions.